Everything You Need to Know About Ableton Live 10

Ableton Live 10 is here, and with it, an array of new features. This brand new rendition of the software packs a major upgrade, and is the first major upgrade since 2013.

Some of the most notable updates include the introduction of four new plugins: Wavetable, a synth with “deep, flexible modulation,” Echo, a multi-purpose delay unit for adding texture, Drum Buss, an all encompassing drum making tool, and Pedal, which contains overdrive and warm distortion. Similarly, some of the older plugins have been given a new paint job: Utility has an improved gain range and the ability to mono bass separately, and EQ Eight and Split Stereo Pan have extended low frequency slopes. There’s also an incredible selection of new sounds.

One feature in particular deserves to be highlighted: Collections. Ableton’s Collections allows users to organize their favorite or most-used plugins and sounds. Essentially, it’s a system of tags. Users can create a title and designate a color, and the tagged items will appear in Collections. If you look at the photo below, the Glue Compressor is framed by green, purple, and gray squares since it’s been tagged for “Favourite Effects,” “mixing,” and “Mastering Collections.” 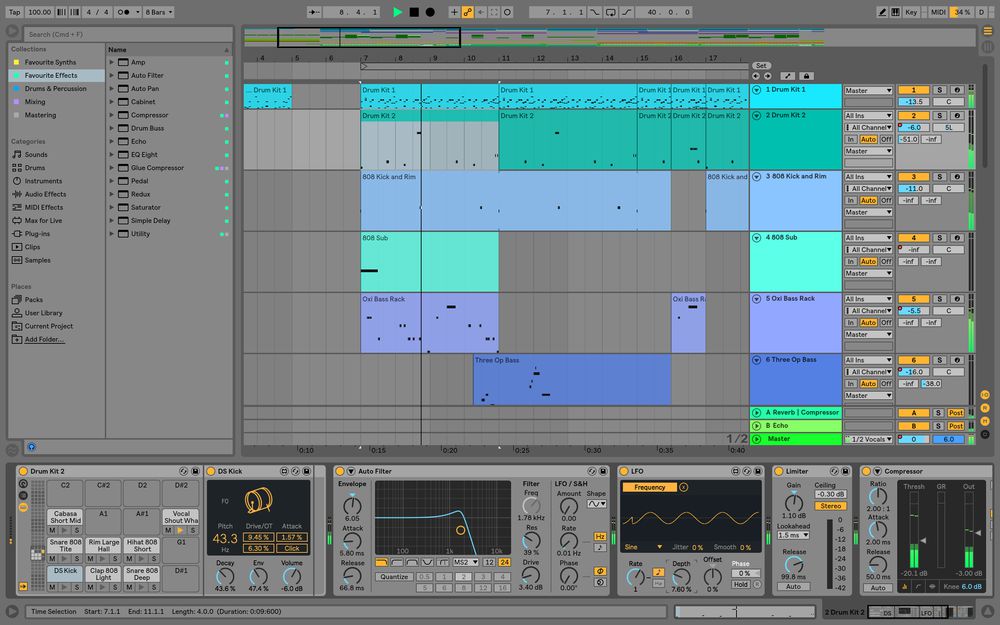 Though you can’t mix tags, for instance if you wanted to search for a sound tagged “Hi-Hat” and “Electric,” you would have to create two separate Collections for each. However, the Collections should prove useful in categorizing and accessing your most used sounds.

Some of the other changes that come with Live 10 include the arrival of groups within groups, the ability to rename Live’s inputs and outputs, multiple MIDI clip editing, new keyboard shortcuts and clip interactions, and the ability to export audio as a .MP3 file. In addition, Live 10 will also support note chasing, which is already found in competing DAWs like Logic and Pro Tools. 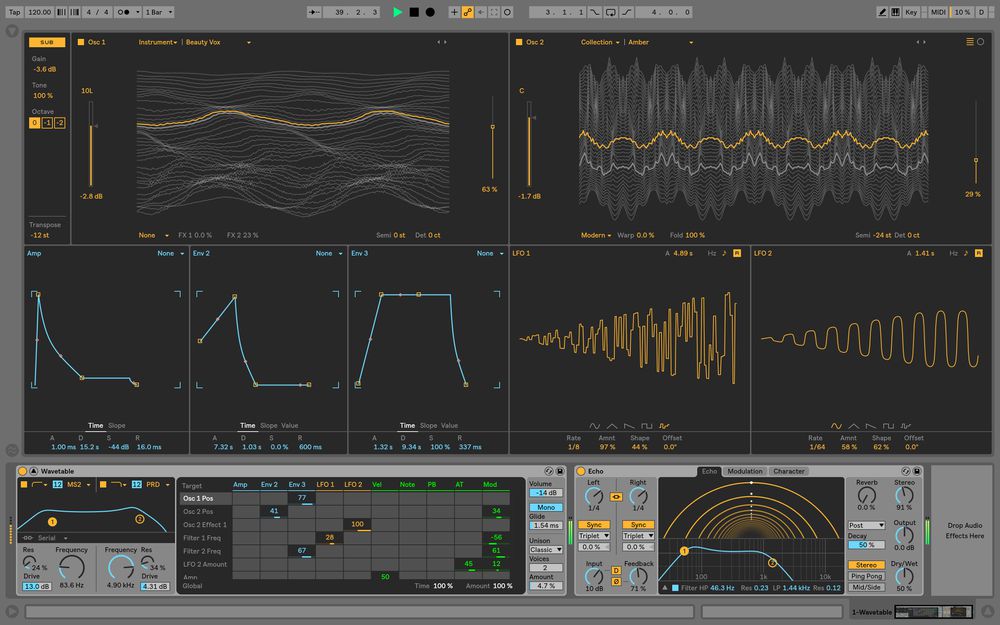 Another new feature is Capture, a tool that runs in the background that listens for and temporarily caches MIDI input. Capture can remember MIDI notes from previous sessions, even if they weren’t recorded. Basically, if you discover the next great melody, like Dre and Snoop’s, “The Next Episode”, Ableton will remember the sequence you played, even if you don’t. All you have to do is click Capture, and the sequence will reappear.

One key aspect of the update is that Max for Live is now built into Live 10. Thus, Max for Live will take up less processing power since it used to be an add-on product. Now that it comes built into the software itself, any issues with the program should be eliminated. It’ll also free up your CPU power so you can manage multiple tasks without slowing down.

As far as the eye can see, the Live 10 interface has been remodeled. It’s much sharper and has a thinner font. There are also some color changes and an array of new skins, which Ableton says will make it easier to read across different displays. (For those of us producing in our mom’s basement or at the library.)

Push, Ableton’s hardware element for Live 10, has also received a makeover. Notes in a clip are now viewed directly on Push. The interfaces for multiple devices, like Wavetable and EQ Eight, can now be displayed on Push’s screen. Further, a new step sequencing layout makes note sequencing and real time playing occur simultaneously. 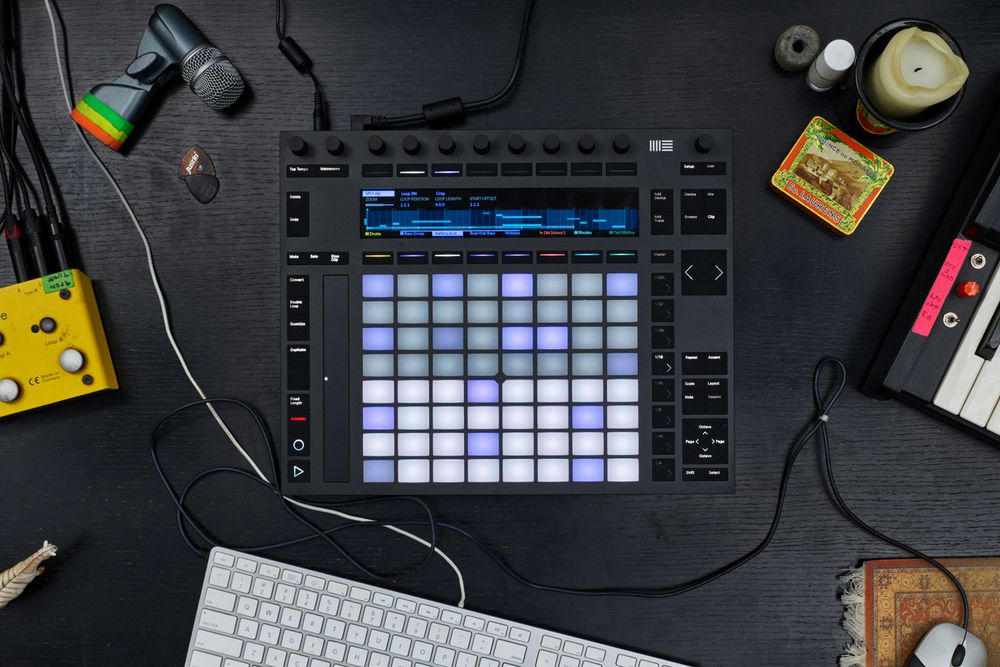